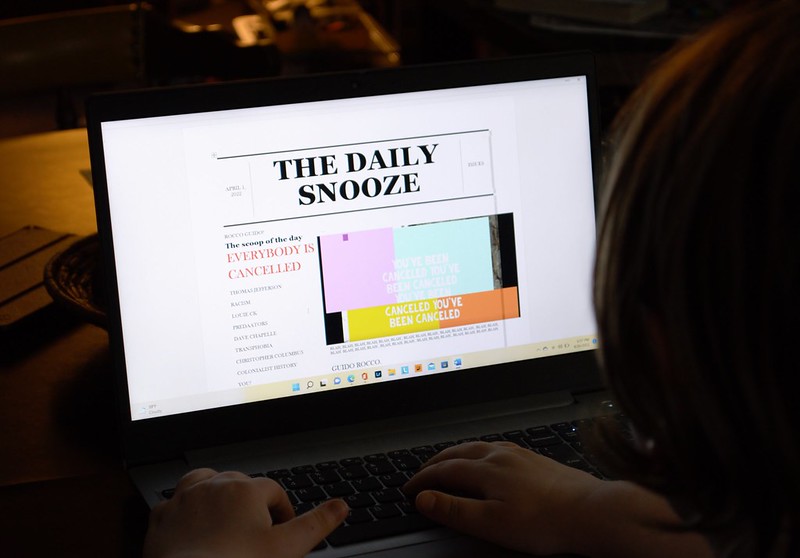 This semester I worked on a project for Cultural Anthropology, it was an ethnography of Cancel Culture. My goal for this project was to further understand the phenomenon known as cancel culture. Through observation of internet communities, various writings on the topic, and personal interviews I gained a better understanding of what cancel culture is, why it occurs, and what effect it has on U.S. society. Due to privacy reasons, I am not able to share my paper, but I can share some of my observations. Although I cannot share my project publicly, please feel free to email me with any questions or further discussion of the topic.

The internet has provided a public platform for many people who did not traditionally have a public voice in society and social media has given the power of the press to anybody with internet access. This has created a town square where people can share, accept, and reject ideas, and at times, reject each other. Sometimes those rejections can seem harsh, and overzealous, other times they are extremely justified.

Getting cancelled means that a person of varying influence and social status may lose their platform. A platform often refers to a social media page, resulting in the loss of social group or source of income. Losing a platform can have social and financial repercussions for those cancelled. However, one’s wealth, status, and reliance on a platform for income are all factors in how consequential the cancellation may be. For example, a wage worker who stars in viral video degrading another person off the clock may get fired from their job causing a snowball effect of financial strains for them. For wealthier and more influential people such as a top earning comedian who sexually assaults multiple people, the consequence of cancellation is less impactful, especially if they have the means to independently produce and publish their own work on a platform they own. Sometimes “cancelled” creates a new brand and brings new fans to fans to those labeled cancelled, comedians Dave Chapelle and Joe Rogan are two examples of this.

Some critics of cancel culture believe that it is a child of political correctness and being used by the progressive left to destroy history, culture, and constitutional freedoms in the United States. Is there a cancel culture destroying the U.S. or are values and norms in society shifting? Calling out other people’s transgressions is not new to humanity, what is new is the size of the network ready to support those speaking out. People are more willing to confront others on a public platform because they see others do it also, and with results.

Author Roxanne Gay believes: “Cancel culture is this boogeyman that people have come up with to explain away bad behavior and when their faves experience consequences. I like to think of it as consequence culture, where when you make a mistake—and we all do, by the way—there should be consequences” I would agree with Gay, people do make mistakes, and when that happens we need to create better systems of consequence and accountability that can serve justice to people who have been harmed by someone else’s behavior; and makes space for people to acknowledge and work towards reparation for the harm they caused.

People see shifts in values and norms happening in the United States. All the people I talked to for this project believe we are moving towards a more equitable and inclusive society; many also believe it is a critical moment and it is important to not let traditional values of inequality and exclusion overcome the progress that has been made. Confronting intolerance in the public sphere does not close the doors to an open society, it removes the doors and makes society more open.

Romano, Aja. “Why we can’t stop fighting about cancel culture: Is cancel culture a mob mentality, or a long overdue way of speaking truth to power?” Vox Magazine. August 25, 2020. https://www.vox.com/.

Media Description: Someone viewing a computer screen with an image of the Daily Snooze on it with the headline Everyone Has Been Cancelled

Why Is Teaching Critical Race Theory in Schools Important to Healing the Division In the United States?