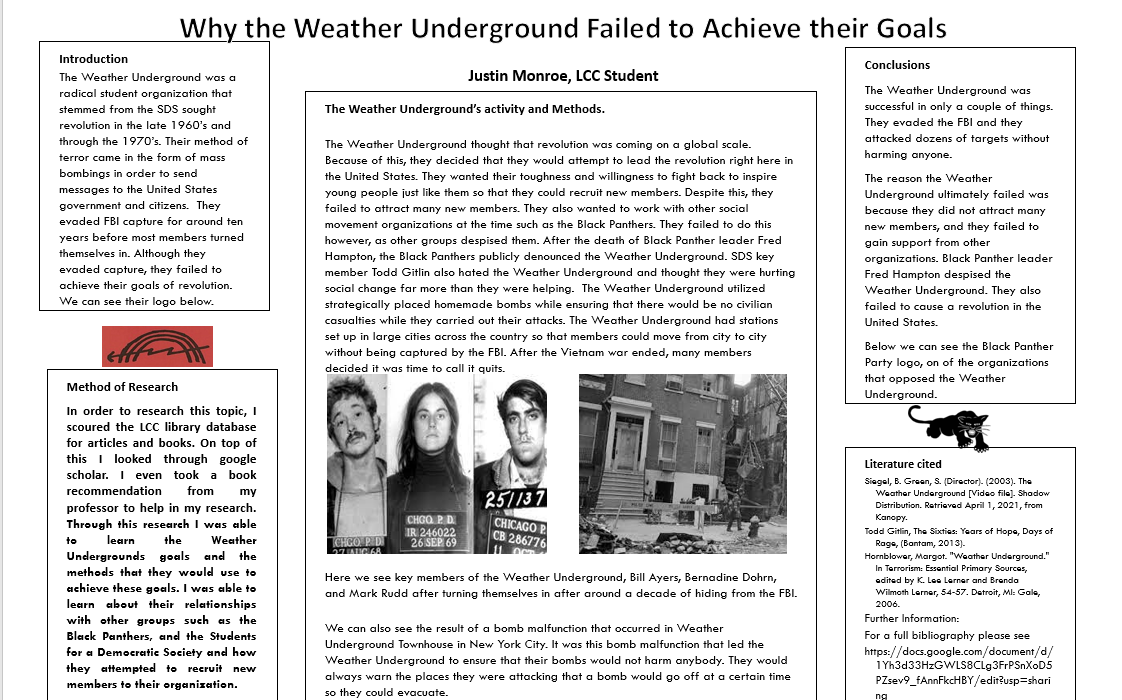 The Weather Underground was a radical student organization that operated in the late 1960’s and through the 1970’s. They stemmed from the SDS (Students for a Democratic Society). They thought that revolution was coming on a global scale, so they took it upon themselves to start the revolution right here in the United States. To carry out their goals they planted bombs around the country. Despite successfully evading FBI capture they failed to start a revolution due to their inability to attract new members and their inability to gain support from other social movement groups that operated at the time such as the Black Panthers. After around a decade of bombings and evading the FBI, many members of the Weather Underground decided that it was time for them to give up, and they turned themselves in. Despite the amount of chaos they caused most members were able to get off with no jail time after it was discovered the FBI used illegal methods to try to locate them.

How Language Is Used In Germany