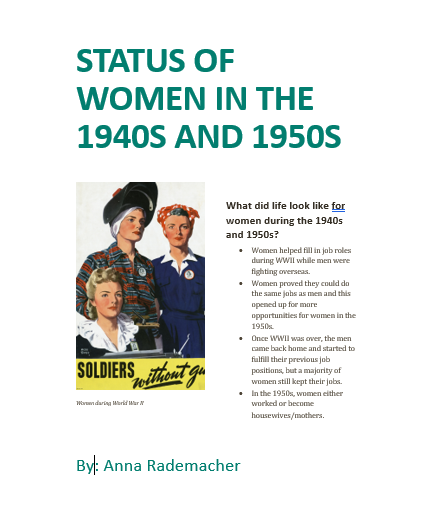 This semester, I have explored the roles women have played in American society. I decided to explore the status of females during the 1940s and 1950s because this era for females was a turning point of their role in society.