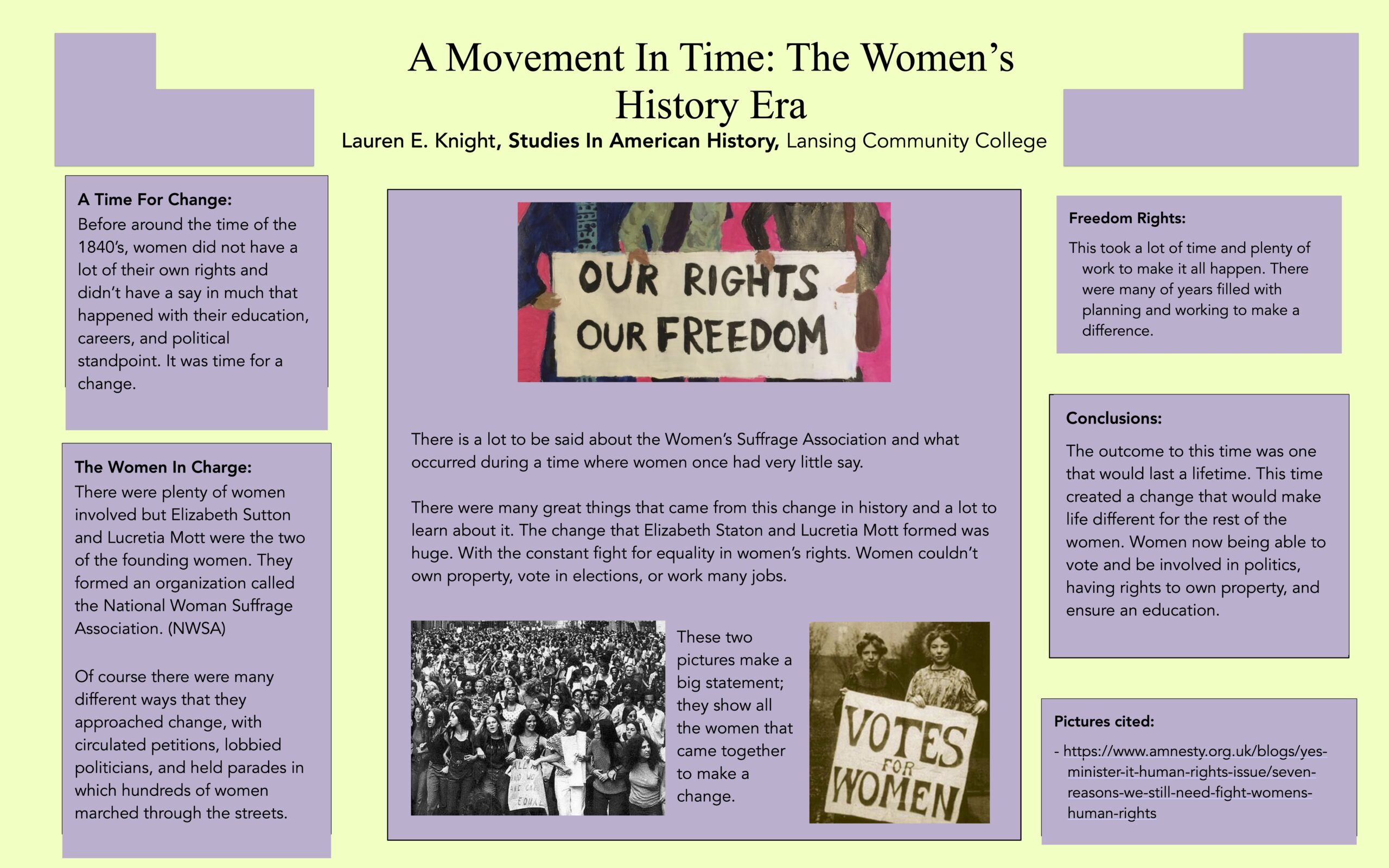 A Movement In Time: The Women’s History Era

A Time For Change:

Before around the time of the 1840s, women did not have a lot of their own rights and didn’t have a say in much that happened with their education, careers, and political standpoint. It was time for a change.

The Women In Charge:

There were plenty of women involved but Elizabeth Sutton and Lucretia Mott were the two of the founding women. They formed an organization called the National Woman Suffrage Association. (NWSA)

Of course, there were many different ways that they approached change, with circulated petitions, lobbied politicians, and held parades in which hundreds of women marched through the streets.

There is a lot to be said about the Women’s Suffrage Association and what occurred during a time where women once had very little say.

There were many great things that came from this change in history and a lot to learn about it. The change that Elizabeth Staton and Lucretia Mott formed was huge. With the constant fight for equality in women’s rights. Women couldn’t own property, vote in elections, or work many jobs.

This took a lot of time and plenty of work to make it all happen. There were many years filled with planning and working to make a difference.

The outcome of this time was one that would last a lifetime. This time created a change that would make life different for the rest of the women. Women now being able to vote and be involved in politics, having rights to own property, and ensure an education.

How Language Is Used In Germany