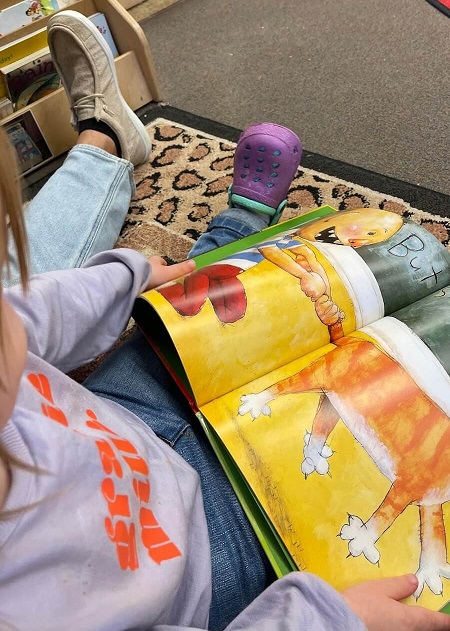 I believe working with kids has been my calling ever since I was a little girl. When I was younger I had a lot of teachers who made a huge impact in my life.One of them was my grandma who was also a educators.Her and my mom were one of my biggest supporters when I told them I wanted to be a teacher. I loved playing teacher with my sister as a kid. I always played with kids who were a few years younger than me. In my after school program.

Now, I applied for my first child care job. I called them to check on my application. They didn’t think I was qualified. I never stop applying to jobs. One day I saw a flyer in class. I applied to an Early Child Care Center (EC3) and weeks later they reached out to me.I could not believe it. I was so excited I told my mom. I was 19 years old and frustrated that when I tried no one gave me a chance. Until I got the opportunity at Ec3. It was a support staff but eventually classroom assignment later. I have worked at my job for 3 ½ years. Everyday is a new day. I have had opportunities to grow and learn. My first year working there I worked with young toddlers. Now they are in the preschool age room.

A few months went by when I was just working. My first family reached out about nannying their son. He was very sensitive at that age. This was a big opportunity because I could have that one on one time. I could use what I learned from class and support him. He was 1 at the time, but he just turned 5 recently. His parents could see the impact I have made on him. His family members who would visit home liked me and supported him. It’s inspiring that I was able to be one of the people to help impact his life. Now he has a sister who I work with at school and home. The picture I chose is her and I reading a book at school. She was explaining  to me what was happening. I love to see the little impact I have made on the family since I started my career with them.

During the pandemic it was a hard time for the first few months of the shutdowns. Which impacted my job working at EC3. When we were able to come back. I was so happy to see the children . I know some days will be harder than others. Each day I’m learning as well as the kids. I believe that I am capable of teaching young children. That makes these big impacts later down the road.  I believe working with kids has been my calling ever since I was a little girl.

The Case of the Mad Butcher of Kingsbury Run