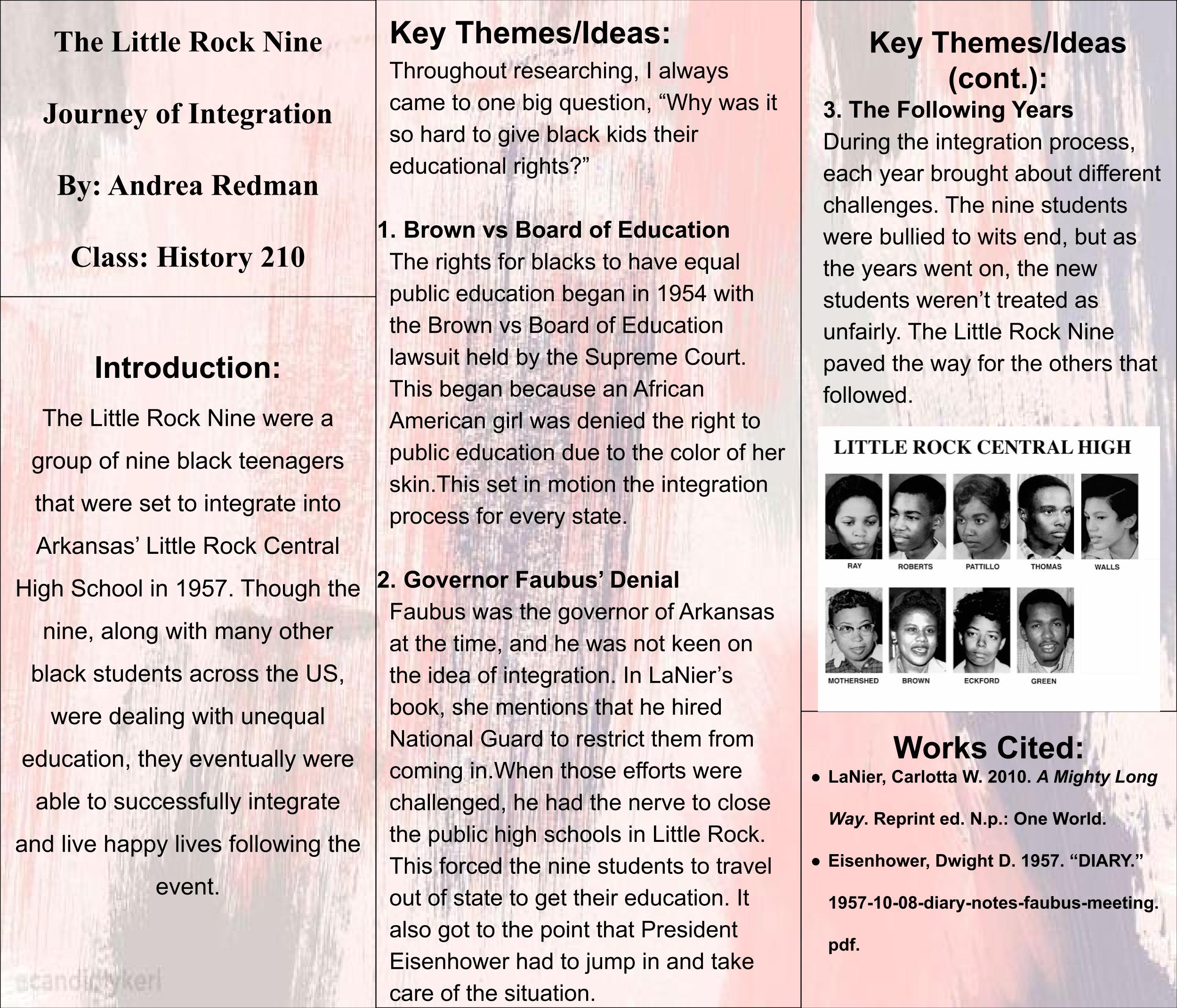 I have made this poster to talk about the journey of the Little Rock Nine and the unfair education that came along with it. I also mentioned the change in the education after the nine had paved the way for others behind them at Little Rock Central High.

The Little Rock Nine were a group of nine black teenagers that were set to integrate into Arkansas’ Little Rock Central High School in 1957. Though the nine, along with many other black students across the US, were dealing with unequal education, they eventually were able to successfully integrate and live happy lives following the event.

Throughout researching, I always came to one big question, “Why was it so hard to give black kids their educational rights?”

The rights for blacks to have equal public education began in 1954 with the Brown vs Board of Education lawsuit held by the Supreme Court. This began because an African American girl was denied the right to public education due to the color of her skin. This set-in motion the integration process for every state.

Faubus was the governor of Arkansas at the time, and he was not keen on the idea of integration. In LaNier’s book, she mentions that he hired National Guard to restrict them from coming in. When those efforts were challenged, he had the nerve to close the public high schools in Little Rock. This forced the nine students to travel out of state to get their education. It also got to the point that President Eisenhower had to jump in and take care of the situation.

During the integration process, each year brought about different challenges. The nine students were bullied to wits end, but as the years went on, the new students weren’t treated as unfairly. The Little Rock Nine paved the way for the others that followed.