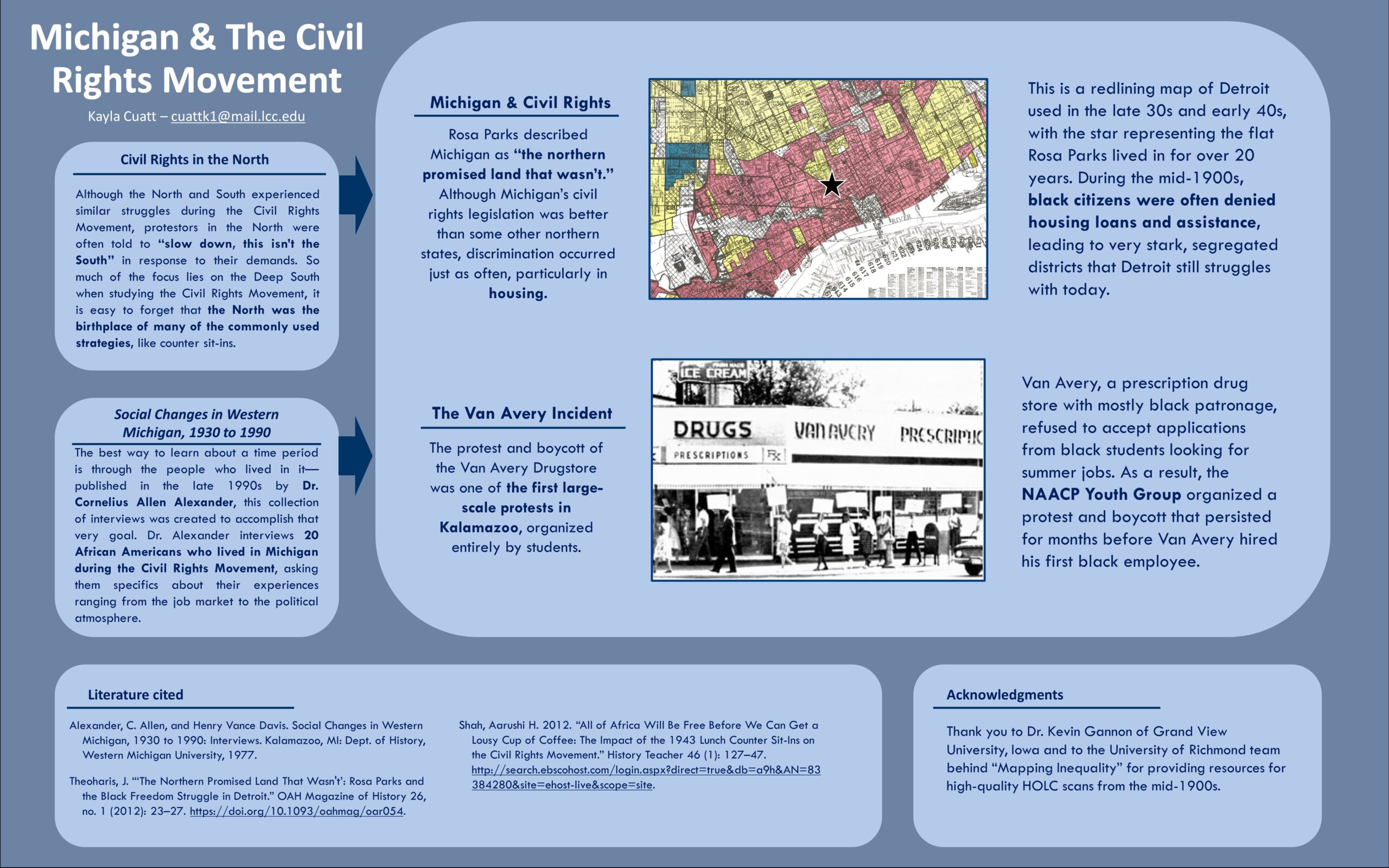 Civil Rights in the North

The best way to learn about a time period is through the people who lived in it—published in the late 1990s by Dr. Cornelius Allen Alexander, this collection of interviews was created to accomplish that very goal. Dr. Alexander interviews 20 African Americans who lived in Michigan during the Civil Rights Movement, asking them specifics about their experiences ranging from the job market to the political atmosphere.

Rosa Parks described Michigan as “the northern promised land that wasn’t.” Although Michigan’s civil rights legislation was better than some other northern states, discrimination occurred just as often, particularly in housing. Next to this text box is an image of a HOLC redlining map of Detroit in 1937 with a star indicating where Rosa Parks lived for over 20 years—this star is in the red zone of the HOLC map, which represented areas of ‘disreputable people and high crime.’ This redlining map of Detroit was used in the late 30s and early 40s. During the mid-1900s, black citizens were often denied housing loans and assistance, leading to very stark, segregated districts that Detroit still struggles with today.

The protest and boycott of the Van Avery Drugstore was one of the first large-scale protests in Kalamazoo, organized entirely by students. Next to this text box is an image of NAACP Youth Group members picketing outside the Van Avery Drugstore. Van Avery, a prescription drug store with mostly black patronage, refused to accept applications from black students looking for summer jobs. As a result, the NAACP Youth Group organized a protest and boycott that persisted for months before Van Avery hired his first black employee.

Thank you to Dr. Kevin Gannon of Grand View University, Iowa, and to the University of Richmond team behind “Mapping Inequality” for providing resources for high-quality HOLC scans from the mid-1900s.